Please note that parking can be validated at the centre and will cost $7.00. In some cases, if additional tests are conducted, there may be a delay or additional wait as we endeavour to minimise additional trips to the clinic. Please allow extra time and also be reassured that your parking will only cost $7.00 for the entire visit.

A detailed list of our fees of consultation and procedures performed can be attained from the clinic at the time of booking. Any additional tests such as audiological tests, physiotherapy consults, or speech pathology tests with other providers and will incur extra costs. For the schedule of fees please contact: Neurosensory on 02 8039 3860 and Optimal Speech on 0403 903 822.

Sometimes we see complex cases that inspires further research. In select cases, you may be invited to participate in such research projects. In such cases, you will be given detailed information about any such research and of course, will be able to accept or abstain.

Your surgery or procedure 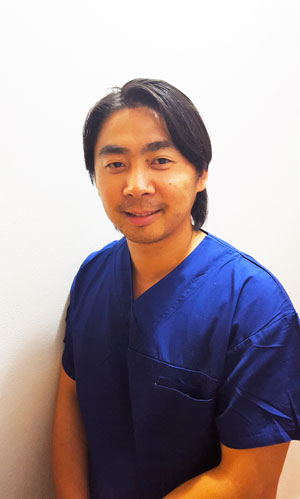 Dr Michael Poon will call you day before surgery to discuss the anesthetic process and to answer any questions you may have.

Dr Poon is an Australian educated and trained specialist anaesthetist who prides himself in safety above all else. He has an avid interest in perioperative analgesia and anaesthesia for day surgeries.

Currently, he is appointed to various major private hospitals around Sydney including the SAN, North Shore Private and the Mater Hospitals. His main areas of interest are ENT surgery (in particular paediatric ENT surgery and working with children), neuroanaesthesia and anaesthesia for bariatric surgery. He is also appointed as a Visiting Medical Officer at Liverpool public hospital, the leading major trauma hospital in the Sydney Southwest area. There, he continues to hone his interests in trauma surgery, high risk obstetrics anaesthesia and trauma orthopaedic surgery. His other interests include the further development of ultrasonography use in clinical anaesthesia.

He believes that continuing professional development is an integral part of a specialist’s career. As such, he regularly attends both local and international conferences to ensure that his practice remains “evidence based” and adopts the “best practice” in our modern medical field. 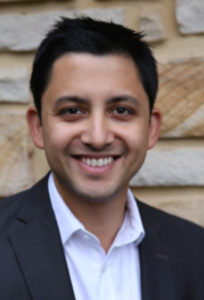 He attended the University of New South Wales, completing his medical degree in 2002. His anaesthetic training was completed at Royal North Shore Hospital. Following attainment of Fellowship of the Australia and New Zealand College of Anaesthetists, he completed sub-specialty training in Cardiac Anaesthesia and Echocardiography at St Vincent’s Hospital.

He has a keen interest in quality improvement in peri-operative medicine, and has presented on these topics at regional and national meetings. He is also strongly involved in the education of future anaesthetists.

Dr Arun Thiagarajan is an Australian-trained Anaesthetist based in Sydney. He received his MBBS from the University of NSW and initially pursued a career in Paediatrics and Neonates, working in several Paediatric units in Australia and the UK. He moved to training in Anaesthesia and completed his training through the St George Hospital program with a Specialist Fellowship in Paediatric Anaesthesia at the Children’s Hospital at Westmead. He gained his registration with the Australian and New Zealand College of Anaesthetists in 2010.

Arun currently undertakes anaesthesia in several major hospitals in Sydney including North Shore Private, Sydney Adventist and Macquarie University hospitals. He is involved in surgery in several specialties including orthopaedics, breast surgery, general surgery and urology but has a particular interest in paediatric and ENT surgery which forms a large portion of his workload. He is particularly interested in the perioperative process involving children and is focused on making this as smooth as possible.

Generally, as an overseas patient you will need a total of approximately 6 to 8 weeks in Australia for the surgery. This includes 1-2 weeks before the surgery in order for your consultation with A/Prof Mukherjee, to complete a Cochlear Implant Assessment, which can be performed by our partners in audiological services, Neurosensory, ideally at the same time as the consultation with A/Prof Mukherjee. This time may be necessary to organise any further imaging and order the implant. However, where possible, we try to co-ordinate to gather this information prior to your arrival, which streamlines your assessment and planning.

If there are additional procedures required, this may increase the length of time required to your stay. After the operation, appropriate audiological rehabilitation is the most important part to the overall hearing outcome from your cochlear implant. The support requires varies from patient to patient and also varies according to the resources available to you back at your home city. This is assessed at an individual level and can influence the total length of time required to stay in the country.

In general, an overnight stay in hospital is required following the surgery and unless there are any pressing reasons, you will be seen by the audiologist the next day to switch on your implant. Following surgery, you will see A.Prof Mukherjee a week later for a post-operative review and then continue to follow up with the Audiologist every at frequent intervals to ensure optimal outcome in the weeks to follow until they are happy that you can be managed closer to home.

In Australia, a surgical procedure will encounter 3 different fees, the surgeon’s fee, the anaesthetist fee and the hospital fee. As an international patient, without Medicare or Health fund cover you will be out of pocket for the total expense of the surgery. In the case a Cochlear Implant or any other implantable hearing device is used, the patient would then also incur the added cost of the implant. For more information regarding these devices please see websites of Cochlear Ltd, MED-EL and Advanced Bionics.

There are 3 aspects of the costs to any surgery:

Hospital: Please contact your health fund regarding your level of cover for any given procedure prior to your booking.

Dr Mukherjee’s fees: A full list of Dr Mukherjee’s cost will be provided to you prior to Surgery. Please contact our rooms for any further questions.

Anaesthetic fees: Please contact your Anaesthetist for fees related to the Anaesthetic.

Drive through the main entrance of the Sydney Adventist Hospital at the set of traffic lights. Park in the Orange P1 car park. Please take the lift to Level 2 (main entrance) and ask the concierge to direct you to the Tulloch Building. Our suite number 210 is on the same level, you will walk through the concierge and around to the right of the open bamboo garden.

Please note WE ARE NOT LOCATED IN THE SAN CLINIC. The San Tulloch Building is marked #3 on the SAN map.
Please refer to attached map.

For all general enquiries:

If you have a question for Dr Mukherjee: